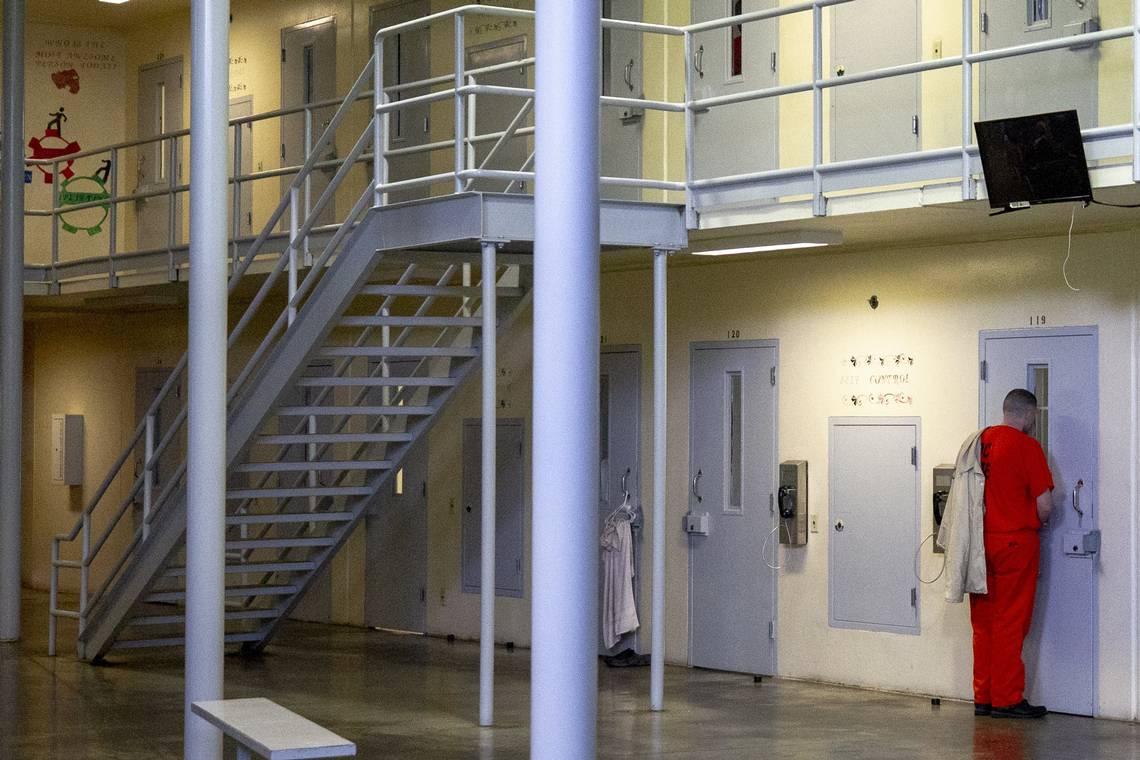 The South Carolina Constitution requires that “the state must provide for the health and welfare of all incarcerated men and women.”(Greenvilleonline.com) However, according to at least 83 medical malpractice suits pending as of December, 2018, the South Carolina Department of Corrections (SCDC) is not meeting the most basic health care needs of its inmates. There are an additional 78 wrongful death or personal injury lawsuits that cite inadequate medical care in the state’s prisons.

“Collectively, the cases – along with interviews with more than 60 former and current inmates conducted by The State – offer an alarming picture of a prison system in crisis, leaving inmates broken, discarded, and in some cases, dead, due to incompetence or negligence.”

Here are just a few examples of this negligence, which has been going on for years:

Julius Allen Munn says he became blind, because SCDC refused to buy his test strips (which cost 10 cents each) that were needed to check his blood sugar, since he is diabetic. He volunteered to buy them himself, but that wasn’t allowed either.

Because of botched dental work that was done in a SC prison, S.S., another inmate had to be shocked back to life twice in an ambulance, on the way to the hospital, after lying in his cell begging for help for five days.

C.C. says he has a severely broken jaw, and has waited over a year for prison officials to fix it.

P,H. filed a lawsuit in 2016, claiming he had cancerous growths that were pushed aside for four years.

In more severe cases, death has occurred due to SCDC’s negligence:

In 2012, 24-year-old Sinetra Johnson was serving time at Camille Griffin Graham Correctional Institute in Columbia. She was pregnant with twins. In her 26th week of pregnancy, she began having intense pain, and knew something wasn’t right. She went to the prison’s medical station to be checked.

A nurse checked her vital signs, and told her she was fine, and to go on to work at the facility’s clothing plant. She was not sent to an OB/GYN, and no vaginal exam was done.

After work, she again went to the nurse, with the same results.

This being her first pregnancy, Johnson wasn’t sure what to expect. She awoke in extreme pain at 11:15 p.m. She ran to the restroom, and one of the twins (Karmin) was born in the toilet, fully formed, but still in the amniotic sack.

Other inmates tried to get the attention of the guards, and were ignored; so they found a wheelchair, put Johnson in it, and rushed her off to the medical station. Some other inmates were trying to save baby Karmin, but guards ordered them to stay away. By the time the guards finally did something, it was too late. Baby Karmin was dead.

Thankfully, the nurse called an ambulance for Ms. Johnson, and the other baby was delivered in the ambulance.

An autopsy on Karmin revealed that she could have survived if someone had manually ruptured the amniotic sack.

SCDC Officials have denied many of Ms. Johnson’s allegations in response to the lawsuit.

Another wrongful death suit has been filed by the family of Alan Fields, who committed suicide by hanging at Leiber Correctional Institution in Ridgeville, SC in November, 2018. The lawsuit argues “gross negligence by his doctors and other prison staff contributed to Fields taking his own life.”(abcnews4.com)

Fields was serving a 30-year prison sentence for voluntary manslaughter. He had a long history of “hallucinations, severe delusions, and psychosis that were often worsened by manic-depressive episodes,” and had been diagnosed multiple times with schizophrenia and other psychotic and mood disorders.

In the prior year and a half, Fields had tried to commit suicide by hanging or self-injury ten times, according to the lawsuit.

Three of Fields’ five doctors while in prison felt he was malingering (exaggerating or faking symptoms). According to the National Institutes of Health, “the convergence of the multiple symptoms can make the schizoaffective disorders difficult to diagnose.” In March of 2018, one of his doctors, Dr. Judd actually said he did not have a mental illness, and reduced his schizophrenia medicine.

In October of 2018, Fields talked about suicide, including how he was going to go about doing it. “He even scored 10 out of 10 on a suicide intent scale test, attorneys say.” Once again, another doctor, Dr. Griswold accused him of malingering.

In 2017, Fields was placed on a forced medicine regimen, because he was pretending to swallow his medicine, and would later spit it out. That regimen ended as soon as Fields became more stable. In the last three months of his life, Fields took it upon himself to stop taking all his medicines. “The lawsuit slams medical staff for not doing its due diligence to ensure Fields was actually taking his medicine.”

According to the lawsuit, “Mr. Fields’ suicide on November 28, 2018 was foreseeable, preventable, and a direct result of SCDC and the above referenced medical/mental health providers’ failure to properly classify, monitor, and treat his severe mental illness while incarcerated.”

As of 2018, 58% of South Carolina’s inmates suffered from some medical condition. Only 11 physicians and 221 nurses work in the SC prison system, which houses roughly 19,000 inmates. There are 21 prisons in the SCDC system, which means there is not even a doctor for each facility. Bryan Stirling, Director of SCDC says the department contracts with temporary agencies, employing two additional doctors and 74 more nurses to help with the shortage.

Other solutions are in the works, including a partnership with the Medical University of South Carolina, which provides digital doctor visits in five prisons. The department also transports prisoners to see outside doctors.

Stirling says his top priority is to hire more staff, “but that is proving challenging.” The SC House has recently denied a budget request for additional medical staff.

If you or someone you care about has sustained a catastrophic illness, or death in a South Carolina prison because of medical negligence, please schedule your free consultation by calling the Law Offices of David L. Hood at (843) 491-6025 or filling out our brief online contact form.

We know how difficult it can be to deal with the immediate and long-term effects of a serious malpractice-related injury. At the Law Offices of David L. Hood, we work hard to make things simple for you. After a free case evaluation, if we believe we can help you and your family, Medical Malpractice Attorney David L. Hood, co-counsel, and our team of experts will vigorously pursue your case to get you the best result we can achieve. Let us put our years of experience to work for you.