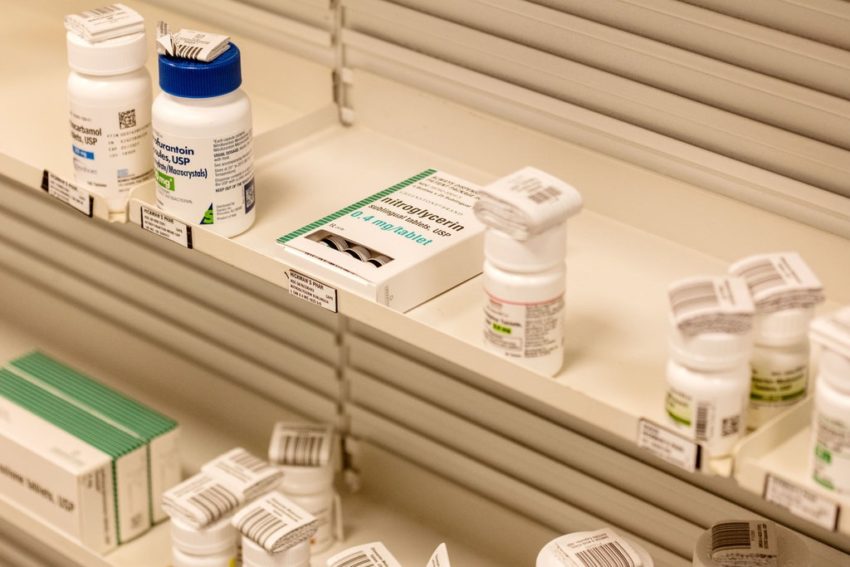 Back then, pharmacies were actually owned by the pharmacists; they were independent. Pharmacists normally lived in the community they served, and knew their customers well. They would take their time filling prescriptions, and were very personable, talking to customers about their health and their families. Sometimes pharmacists would have members of their families working with them.

John McDonald, R. Ph. owned McDonald’s Drugstore in the 1970’s. His wife worked the cash register there. Here’s how he described his relationship with his customers. “I enjoy the community and the contact with the people. I probably knew 90 percent of the customers, the families, and watched them grow up. Now we get a lot of people in just to look and reminisce.”(PeoplesPharmacy.com)

Unfortunately, mom and pop pharmacies are a thing of the past. Here’s how Joe Graedon,  President of The People’s Pharmacy describes modern day pharmacies, “Today, most prescriptions are filled in chain pharmacies, groceries or big box discount stores. Most of your interaction is with the clerk or the technician rather than the pharmacist.”

Dominating the pharmacy market now are a few big chains. According to a 2019 Drug Channels Institute report, about 70 percent of prescriptions in the United States are filled by chain drugstores, supermarkets or retailers like Walmart. “As the companies have grown, they have applied cost-cutting measures, especially performance metrics, to their pharmacist employees.” Pharmacists are now expected to fill many prescriptions quickly, causing our health to be at risk.

Many pharmacists at these huge retail chains say they are not surprised by mistakes that happen while filling prescriptions. Pharmacists at companies like CVS, Rite Aid, and Walgreens described chaotic, understaffed work environments where it has become hard to perform their jobs safely, putting the public in danger of medication errors.

“They struggle to fill prescriptions, give flu shots, tend the drive-through, answer phones, work the register, counsel patients, and call doctors and insurance companies, they said – all the while racing to meet corporate performance metrics that they characterized as unreasonable and unsafe in an industry squeezed to do more with less.”(Boston.com)

Distraught pharmacists are reporting to State boards and associations, explaining their struggles, even to the point of saying they feel they are a danger to the public.

State pharmacy boards find it difficult to regulate the chains. In 2006, the last comprehensive study of medication errors showed that an estimated 1.5 million Americans were harmed by pharmacy errors each year.

A pharmacist in South Carolina “acknowledged making 10 to 12 errors a year – “that are caught” – in an anonymous letter to the…Board of Pharmacy.”(SeattleTimes.com)

How are we at risk due to frenzied pharmacies?

It was a Monday, when a pharmacist in South Carolina handed a mother of an 8-year-old child a prescription that was supposed to contain Ritalin to help control her daughter’s ADHD. Due to the pharmacy being understaffed on the busiest day of the week, the little girl was mistakenly prescribed a diabetes drug at 16 times the normal adult dosage. “After taking the medication, the little girl sank into a coma and suffered permanent brain damage. The pharmacist who made the mistake, investigators discovered, was at the end of a 12-hour shift – and a 60-hour work week.”(Consumer.HealthDay.com)

In 2018, 85-year-old Mary Scheuerman’s son, Alton James picked up her prescription from Publix. The doctor had prescribed her medicine for depression. Her son said that he gave her a pill each morning, per the instructions on the bottle. “After six days, she turned pale, her blood pressure dropped, and she was rushed to the hospital.” Five days later, Scheuerman died of organ failure.

At the hospital, one of the doctors told Alton James that “his mother’s blood had a toxic level of methotrexate, a drug often used to treat cancer.” Alton James said his mother did not have cancer, and was supposed to be taking an antidepressant. After investigating, a pharmacy employee confirmed that methotrexate had mistakenly been dispensed to his mother.

How to protect yourself from pharmacy mistakes:

Prescription malpractice can cause serious health problems and even result in death for many innocent patients. However, if the matter is handled expertly, those responsible for the damages can be held accountable. The Law Offices of David L. Hood and his co-counsel have experience in handling pharmacy malpractice cases. With an understanding of the system, they utilize their network of medical experts and pharmacists to figure out the cause of the mistake and obtain (if possible) an expert opinion so a claim can be filed against those at fault.

If you have suffered at the hand of someone else’s negligence and incompetence, let The Law Offices of David L. Hood do whatever it takes to help you and your family get justice. We will fight until you get the compensation that you deserve.

If you or a loved-one has been a victim of pharmacy malpractice in South Carolina, contact us for a free initial consultation. If you choose us to fight for your claim, we will work with you on a contingent-fee basis, meaning, you won’t owe us a fee unless we get a recovery for you! You can call us now at (843) 491-6025 or contact us at any of our offices in South Carolina here.