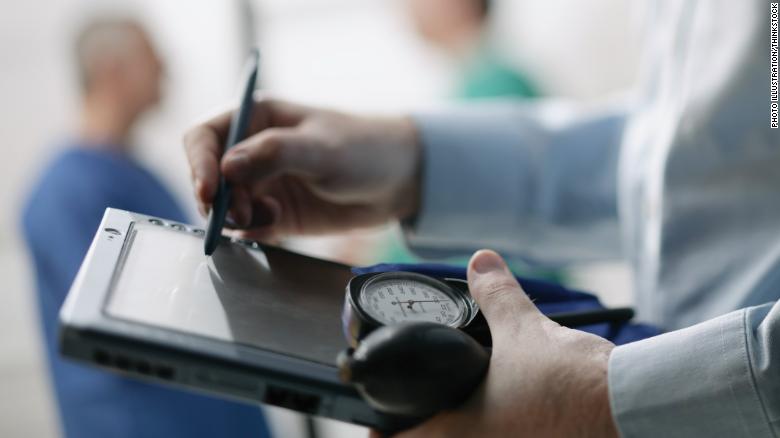 Why is it so important to have access to your medical records, and to pay close attention to what is contained in them? Following are several examples of what can potentially happen if you don’t:

Liz Tidyman’s elderly parents moved across the country to be closer to family. They took their medical records with them. Soon after they arrived, Tidyman’s father had a fall, and went to the hospital. Tidyman began looking at her father’s medical records and found “pages and pages of notes that referred to a different person with the same name – a person whose medical conditions were much more complicated and numerous than my father’s,” she said. (CNN Health)

“That was a wake-up call,” said Tidyman, as she removed the pages with the errors, and made a mental note to thoroughly check medical records in the future.

That’s not the only mistake that was made in his records. Later, when his doctors starting asking about kidney cancer, Tidyman reviewed the records from her father’s recent ER visit, and noticed that “renal cell carcinoma” (kidney cancer) was listed instead of “basal cell carcinoma” (skin cancer) – an illness her father had mentioned when explaining his medical history.

Six months later, Pat returned to the hospital in distress. The pathology omission was discovered at this time, but it was too late. The cancer had metastasized to his spinal canal, and he died 2 ½ years later.

Pat’s wife, Susan, director of patient engagement with the Society to Improve Diagnosis in Medicine, now tells people, “Collect all of your medical records, no matter what so you can ask all kinds of questions and be on the alert for errors.”

In a third case, Dave deBronkart recounts mistakes he has experienced as a 68-year-old cancer survivor and patient activist. He found a radiology report through a hospital patient portal that had his name on it, but identified him as a 53-year-old woman.

In another instance, deBronkart’s mother had to go for rehabilitation after a hip replacement. The records that accompanied her showed that she had an underactive thyroid when in fact she had an overactive thyroid. Thankfully, Dave’s sisters noticed the mistake and set the record straight so that their mother wouldn’t be given the wrong medications.

It’s easy to see what kind of problems medical mistakes like this can cause.

Here’s a scary statistic: “The Office of the National Coordinator for Health Information Technology estimates that nearly 1 in 10 people who access records online end up requesting that they be corrected for a variety of reasons.”

The best-case scenarios are those in which the errors don’t actually cause any damage, like a patient’s contact information being incorrect, causing bills to be sent to the wrong address. Your family history may not be conveyed accurately, or maybe the records reflect a service a patient never received, for example a stress test.

The worst-case scenario is an incorrect diagnosis, as shown in the case of Pat Sheridan, whose death probably could have been prevented, if not for the neurosurgeon’s error.

How to Get Copies of Your Medical Records

The Health Insurance Portability and Accounting Act (HIPAA) of 1996 states that a patient has the right to obtain most of his/her medical records, in either electronic or paper form.

Ask for a request for medical records form at your doctor’s office. If they provide you with the form, fill it out and return it back there, or deliver by fax, postal service, or email.

If they do not provide you with a form, write a letter to request the records. “Be sure to include:

State laws usually allow 30 to 60 days for the provider to get your records to you. Keep a copy of your original request. If you have not received the documents within the 60 days, contact the provider, to be sure they have your request. If you fail to receive the records after repeated attempts, contact your state’s Department of Health.

Sometimes there is a charge for medical records, if you want them in paper form. Price can vary, but must be reasonable.

What to do if You Find a Mistake

“Most providers will agree to correct factual errors or track down reports that should have been maintained in your file. However, this does not extend to differences of opinions for which your doctor has the right to express a medical opinion. With that being said, if you believe that that the refusal of a correction is unjust or places you in harm’s way, submit a complaint to the OCR detailing the dispute. They can review the evidence and decide if the correction is warranted.” (VeryWellHealth)

For South Carolina Code of Laws in reference to the Physicians’ Patient Records Act, click here.

We know how difficult it can be to deal with the immediate and long-term effects of a serious malpractice-related injury. At the Law Offices of David L. Hood, we work hard to make things simple for you. After a free case evaluation, if we believe we can help you and your family, Medical Malpractice Attorney David L. Hood, co-counsel, and our team of experts will vigorously pursue your case to get you the best result we can achieve. Let us put years of experience to work for you!